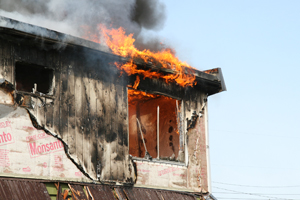 Electrical fires in our homes claim the lives of 485 Americans each year and injure 2,305 more. Some of these fires are caused by electrical system failures and appliance defects, but many more are caused by the misuse and poor maintenance of electrical appliances, incorrectly installed wiring, and overloaded circuits and extension cords.

The U. S. Fire Administration (USFA) would like consumers to know that there are simple steps you can take to prevent the loss of life and property resulting from electrical fires.

December is the most dangerous month for electrical fires. Fire deaths are highest in winter months which call for more indoor activities and increase in lighting, heating, and appliance use. Most electrical wiring fires start in the bedroom.

By order of the Fire Marshal’s Office effective Saturday, June 16, 2022 at 0800 LAND CLEARING and RESIDENTIAL BURNING will be prohibited until further notice.